InAlienable is the newest program at the Quixote Center, launched in 2018 to demand justice for migrants at the US border, within the United States and throughout their journey. We work to end immigrant detention, and defend the right to asylum, which has been eroded over the last several years. We also partner with organizations who work with migrants in the United States and in Latin America.

See where the Franciscan Network on Migration works here.

You can donate to support the work of the Francsican Network here. 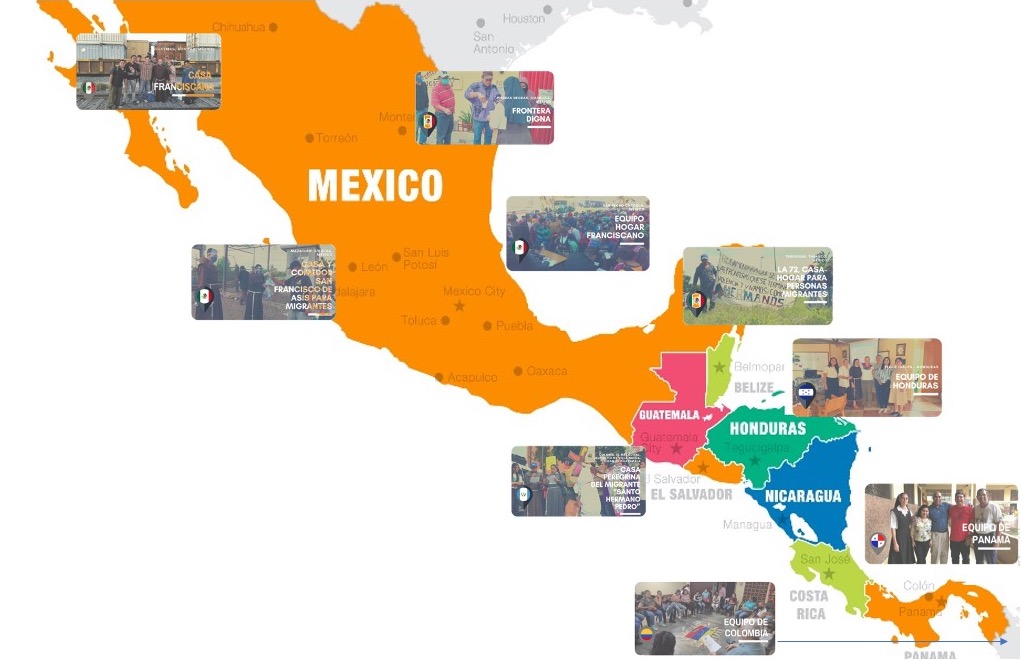 In 2022 we launched a solidarity travel program that brings advocates from the United States to visit and work with shelters in southern Mexico. These trips take place every six months. Send a message here to find out about the next trip. In June, I had the opportunity to visit migrant shelters operating under the Franciscan Network on Migration, a Quixote Center partner, in southern Mexico. No two shelters were alike. To walk across the threshold was to enter a new kind of haven, each beautiful and kinetic in its own way. La 72 in Tenosique seemed always to be bursting with energy, with some migrants entering and leaving the shelter in just a day, and others staying long-term as they worked to determine their next steps and heal. The crisis in Haiti: The United States continues to block reform and the passage of people fleeing

The Biden Administration expelled 450 people to Haiti, including 44 children, 20 of whom were infants, on three flights this week. These flights bring the total to 235 expulsion flights to Haiti since Biden took office, more than 23,000 people in total, and 21,000 in the eight months since the debacle in Del Rio last September. Another 8,000 people were summarily expelled into Mexico during the Del Rio crisis.