Dolly Pomerleau was one of the pioneers who founded the Quixote Center in 1975. She and Bill Callahan launched this justice work with a strong commitment to social justice in both civil society and within the Catholic Church. In both arenas, that justice included changing structures to establish the equality of women and men. Dolly was utterly committed to that and all the other projects and ideals to which the Center committed itself over the years.

She was a Co-Director of the Center from the start... shaping the vision and helping launch many different projects. From the beginning, she advocated feminist ideals and full gender equality, making sure these values were a part of every aspect of life at the Center.

And in 1975, she was one of the pioneering women who founded the Women's Ordination Conference (WOC), the organization that has been a leader in the quest for women's equality in the Roman Catholic Church for more than 40 years. The Quixote Center has long worked in coalition with WOC.

Over the years, Dolly worked on a variety of projects at the Quixote Center, including Catholics Speak Out, which emphasized the crying need for gender equality and an expanded role for lay decision-making in the Church. 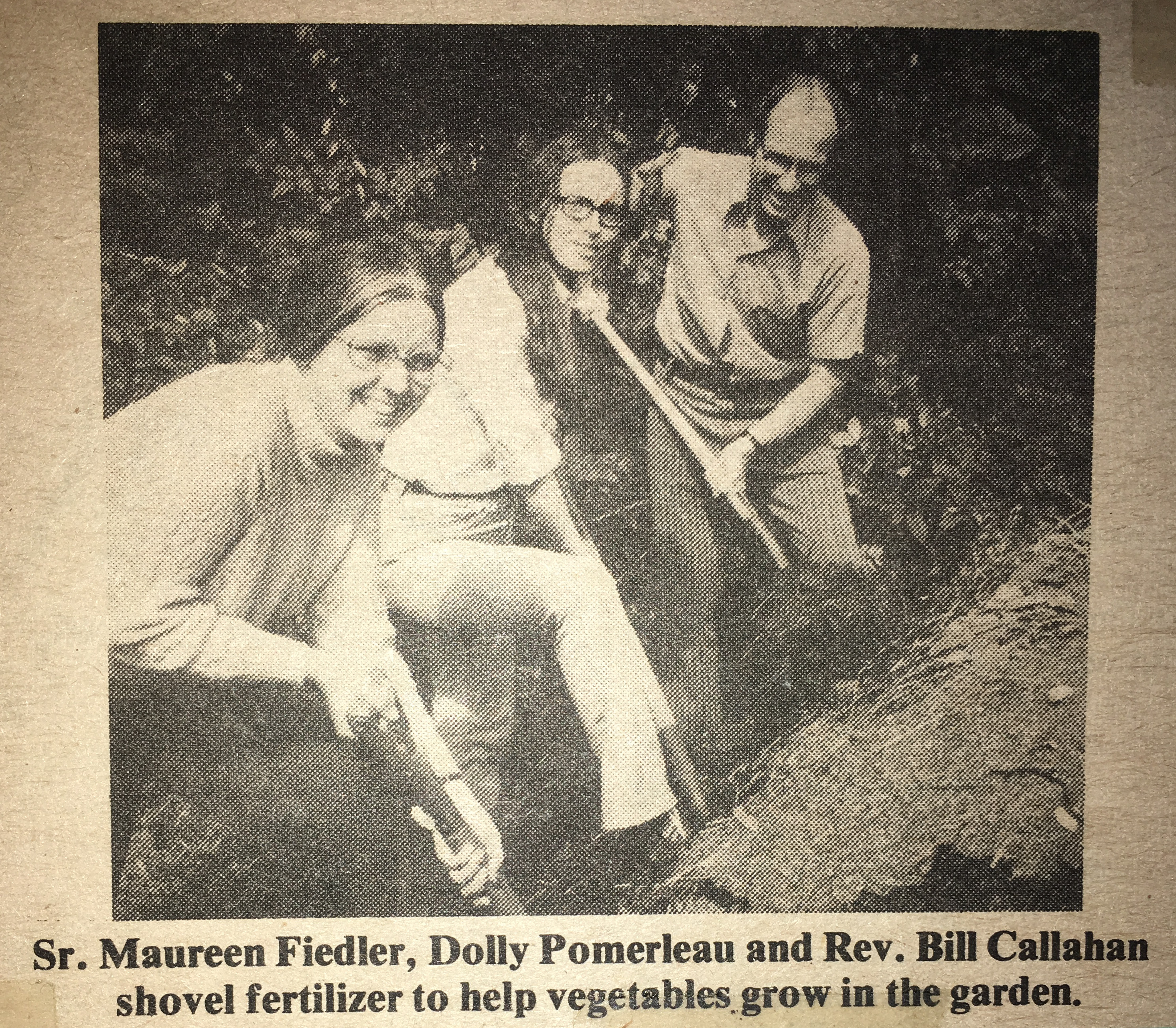 She is a strong advocate for the Equal Rights Amendment (ERA), and was one of several women who chained themselves to the front door of the Republican National Committee when that party took the ERA out of its platform. The group was there for a full day in the hot sun, attracting a wide range of onlookers, including Republican women inside the building, many of whom were at their windows, pointedly expressing support for the action with hand signals, flag waving, and the like.

Dolly is also committed to rectifying injustices of any kind where her actions might make a difference. She protested US attempts to overthrow the Sandinista government of Nicaragua in the 1980's, helping to establish the Quest for Peace project, which raised hundreds of millions of dollars in humanitarian aid for Nicaragua over the years. This meant filling many cargo containers of aid that were shipped to that country regularly and sent to the Center's partner organization, the Institute of John XXIII in Managua. The Institute then distributed the aid to the neediest parts of Nicaragua.

Several times, Dolly visited that country and travelled with Ketxu Amezua of the Institute to see the many and impressive projects that were underway as a result of help from the Quixote Center. Her fluency in Spanish was an enormous help in all this work.

In the United States, Dolly was never shy about protesting US policy in Nicaragua, and one time was arrested in the rotunda of the US Capitol as part of a group that was kneeling to pray for an end to US actions against the Nicaraguan government.

She also advocated for justice in Haiti when Aristide was the duly elected President, and she helped establish a new project at the Center called Haiti Reborn.

Her values were broad. When some new staff people at the Quixote Center – Jane Henderson and Shari Silberstein – suggested a project aimed at ending the death penalty, Dolly (and the staff) endorsed it heartily. This project eventually spun off from the Center to become Equal Justice USA.

And oh yes... Dolly is a native of the state of Maine – northern Maine near the Canadian border. Thus she is tri-lingual: English, French, and Spanish.

Dolly has been a strong and fearless advocate for justice in both church and civil society. She may be retiring from the Quixote Center, but her words and her spirit will never retire! She will always be there!

Thank you Maureen. You are generous in your praise. While I recognize myself in a good part of what you attribute to me, I can't help but realize that the work of the Center was (and is) a community effort. Adelante Quixote Center.

Best wishes Dolly. Last weekend at the FCM 50th Anniversary I paid tribute to Bill Leahy and his influence on FCM and the local and broader church and your influence on Bill flashed before my mind as I spoke of his sense of equality of all and his comments on women priests. He was a modern Quixote who prophesized change, and worked to bring it about. I believe you were one of those who influenced Bill on social justice.