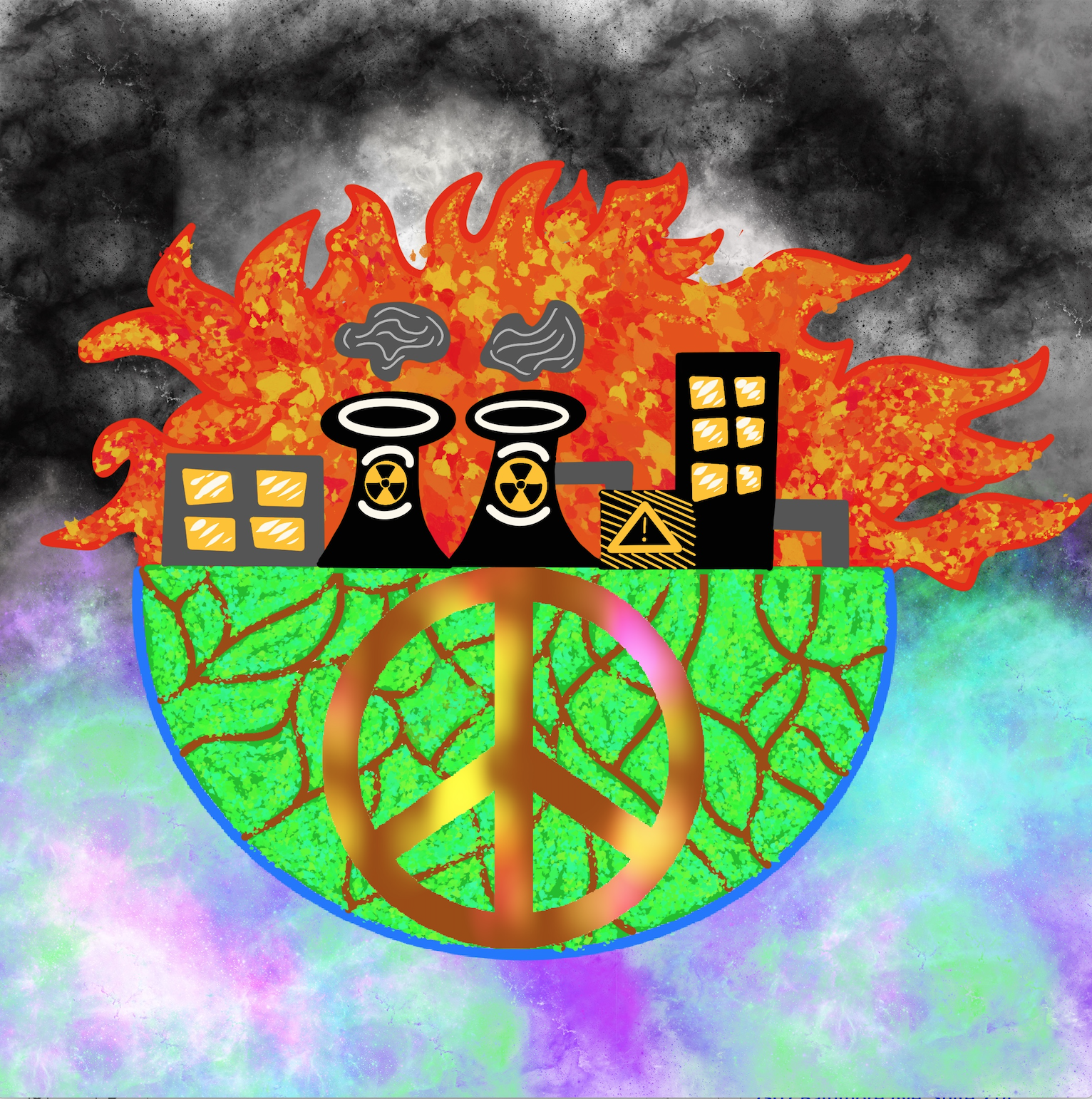 Designed by Robert A. Jackson III[/caption]

As we commemorate Earth Day this week, it is fitting to consider the Pope’s reflection on his namesake: “I believe that Saint Francis is the example par excellence of care for the vulnerable and of an integral ecology lived out joyfully and authentically [...] He shows us just how inseparable the bond is between concern for nature, justice for the poor, commitment to society, and interior peace” (LS 10). That lesson is one that animates the work of the Franciscan Network on Migration.

Fundamentally, people who migrate have in a very literal sense become alienated from their original homeland. A major cause of such alienation is that the land becomes unreliable as a place to support human existence. While we have increasingly begun to hear about “climate change refugees,” it might be more meaningful to consider the even broader category of “environmental refugees,” people who flee their land because the material conditions necessary for human thriving are in short supply. Who are we talking about? To take just a couple of examples, the people whose soil is contaminated by environmental waste or lack access to water because a hydroelectric dam diverts the flow of water that once nourished their land may experience environmental displacement. Environmental conditions like these may very well give rise to further climate change at both the local and global levels but environmental degradation is a broader category than climate change and a significant driver of human migration.

Such conditions are highlighted in Pope Francis’s encyclical Laudato Sì (On Care For Our Common Home) promulgated in 2015. “There has been a tragic rise in the number of migrants seeking to flee from the growing poverty caused by environmental degradation. They are not recognized by international conventions as refugees; they bear the loss of the lives they have left behind, without enjoying any legal protection whatsoever” (LS 25). He discusses the roots of this sort of environmental destruction in a pattern of consumption that pays little heed to the needs of the systems of life on this planet, of which people are one part.

But if people are a principal cause, they are not all implicated individually or equally. Instead, Francis writes: “Inequity affects not only individuals but entire countries; it compels us to consider an ethics of international relations. A true ‘ecological debt’ exists, particularly between the global north and south, connected to commercial imbalances with effects on the environment, and the disproportionate use of natural resources by certain countries over long periods of time.” (LS 51) This debt of the wealthy countries with massive rates of consumption demands payment - but the costs cannot only be financial. When people are forced from their lands by actions taken abroad, it seems clear that any reasonable attempt to repair the harm must include a new place where life can thrive. For this reason, it is time to call for a new understanding of refugee and asylum claims grounded in an understanding that the wealthier countries have been able to insulate themselves from harm but have disproportionately acted in ways that were harmful to their more vulnerable global neighbors.

As we acknowledge and commemorate Earth Day this week, we should be mindful of the new refugees who must seek higher ground - sometimes literally as sea levels rise, but also metaphorically as desert soil often cannot provide enough food and water to support human needs - much as biblical famine and flood drove Abraham and Noah to find new places to live. The way in which we enforce national borders, however, has made such forced relocation into a cruel shell game where each space that might be a better home may be made unavailable to people in a moment of dire need. This pattern simply cannot persist. Justice and basic human decency demand better treatment. Moreover, Catholic social tradition is clear on the universal destination of goods - a position that has “stressed the social purpose of all forms of property” (LS 93), including the land itself.

The call to an “ecological conversion” thus entails a call to change our relationship to the environment around us from one of dominance and coercion to one of peaceful coexistence, healing, and restoration. Alongside that commitment, we must also make space to welcome those who seek life in new communities when their old ones have suffered environmental harm. The Franciscan Network on Migration has made that mission of welcoming and inclusion tangible by opening doors to shelters, kitchens, clinics, and legal aid for thousands of migrants in search of new spaces alongside us in “our common home.”

If you are interested in supporting the work of the Franciscan Network on Migration, you can make a contribution here.