Trade in mangoes becomes another victim of insecurity

Mangos are one of Haiti’s most important agricultural exports. Exported mangos come from backyard fruit trees, and their sale provides income to an estimated 150,000 - 200,000 small producers nationwide, including producers in Gros Morne, where Quixote Center works. This year, Haitian traders sold 1.5 million boxes of the fruit to the United States during the season (April through September).

Ninety-five percent of Haiti’s mango exports go to the United States, after going through a preclearance inspection conducted by USDA staff located in Haiti. As part of the process the mangos have to be placed in hot water (115 degree) for 60 to 90 minutes to kill fly larvae. Haiti’s Francine mangos (mango fransik) are the only breed exported, as they come through this process without damage.

On October 24, the United States Department of Agriculture issued a letter to the president of the National Association of Mango Exporters (ANEM) in Haiti, informing ANEM that the system of preclearance for mango exports to the United States is to be officially suspended by the end of January 2023. In reality, the preclearance system is already inoperative, as the ten inspectors employed in the system have been on leave since October 10 due to increased insecurity. 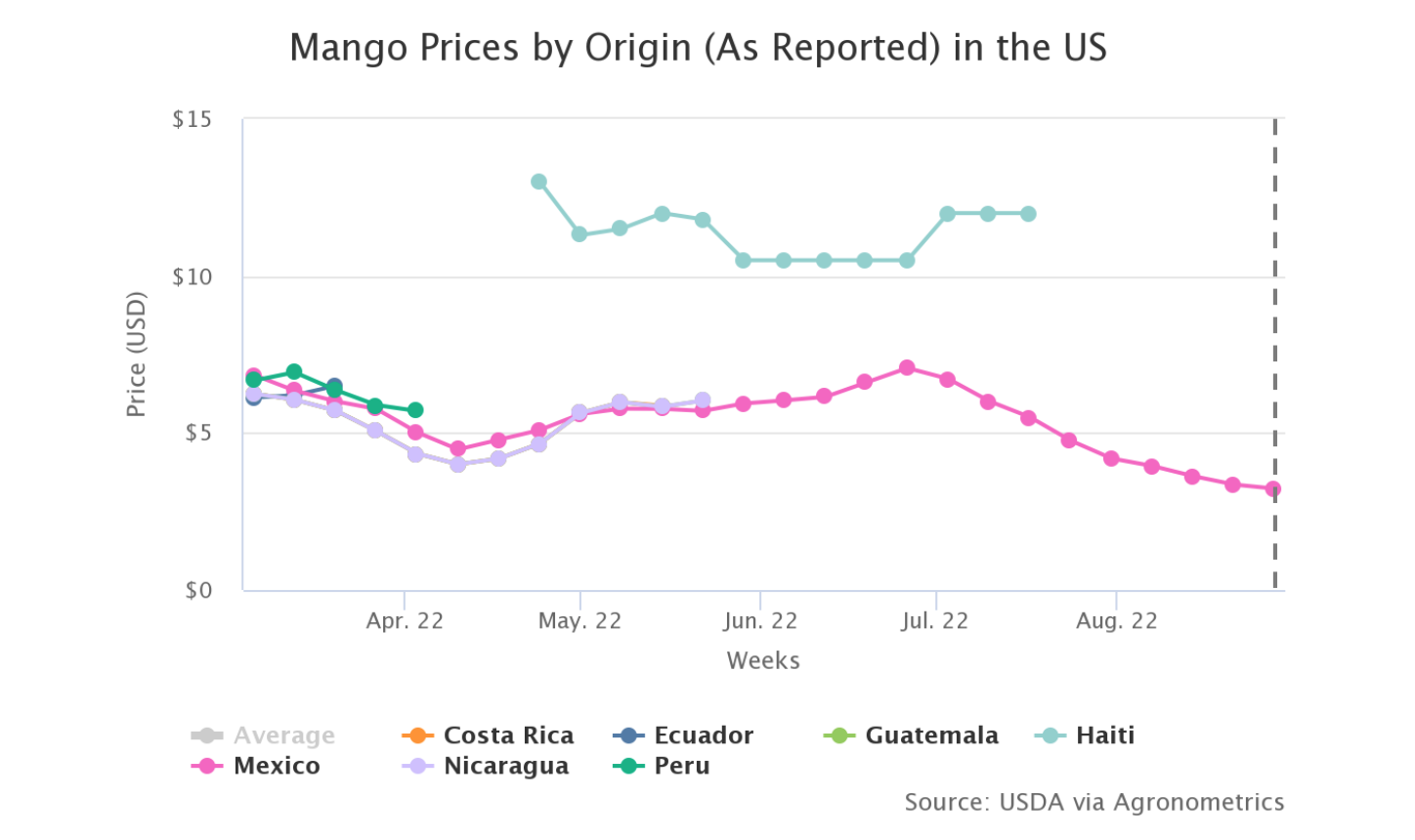 Even in the best of times, losing the mango export market means losing income that cannot be made up by selling the fruit locally. In Gros Morne, where we work in partnership with the Jean Marie Vincent Formation Center, the news of the USDA suspension of mango exports was met with great concern. Geri Lanham, who has worked for years with farmers in the area, said

If this decision is enacted, it will negatively impact the entire agro-economy of Gros Morne. Families throughout the 8 communal sections of Gros Morne are involved in the different stages of the mango market, from growing to washing to transporting to selling, and many of them depend upon the mango trade to send their children to school and put food on the table.

In Gros Morne, there is a cooperative that maintains mango collection centers in each of the eight communal sections. The cooperative purchases mangos directly from growers and then sells to packing houses, with most of Gros Morne’s mango fransik sold to La Finca, which has a processing facility outside of town on the road to Gonaives. From there the mangos will be exported. Mangos that are not sold into the export market chain are sold by Madanm Sara (women traders) in city markets; this is an avenue mostly closed now due to insecurity. Losing the export market at this time is thus even more devastating for the local economy. 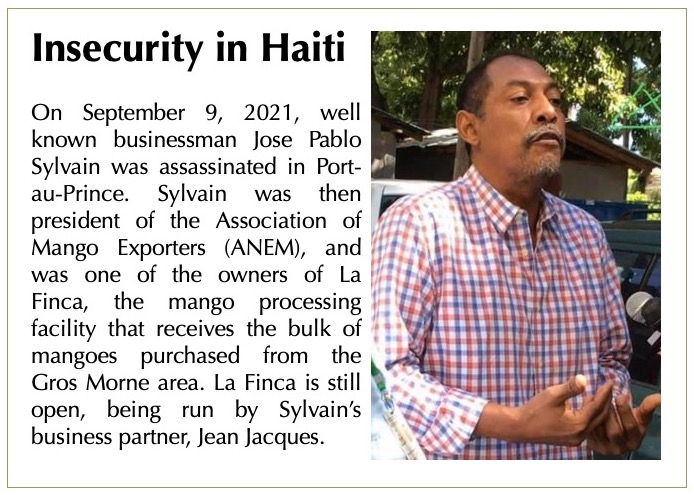 Should the ban remain in place for an extended period of time, it will also contribute to environmental degradation:

We encourage the USDA to work with ANEM to come up with a solution until the security situation improves. Losing this export market completely, currently the largest for an agricultural product, would be devastating for mango growing areas such as Gros Morne. Haiti cannot afford further loss of livelihoods, especially in rural areas. The cycle of rural economic crisis leading to unsustainable urbanization is the underlying demographic driver of insecurity in cities. The USDA decision will just make this worse.

Please make sure the USDA SYSTEM OF PRECLEARANCE before export of Haiti's mango exports is not ended in Jan 2023 as being discussed. It would make this part of Haiti's economy even worse. Try to help Hait's exports of mangoes to us keep going!

Given the long history of the United States injuring Haiti and Haitians, not even recognizing that they had an independent nation until Abraham Lincoln, for the United States to not only not even staff it’s agency for receiving imported Haitian mangoes but to eliminate that agency in the near future with the certainty of a resultant collapse of both a local economy of mango cultivation and harvesting and to set in motion desperate turning to felling the mango trees for firewood for salvage income , with a further result rendering barren the steeping slopes of the soil with the still further result of massive erosion, with still further consequences is a wanton injury by an indifferent and actively contemptuous nation that one would expect from an evil Donald Trump, not a moral and otherwise good Joseph Biden, a Joseph Biden who is moral and knows how to seek good.

Please work with Haitian Mango growers to ensure the crop is approved for sale. If procedures cannot be performed in the usual manner, there must be an alternative!