Yard gardens create food security one family at a time

A long-standing aspect of the training done through our partners at the Jean Marie Vincent Formation Center in Haiti is work with families, typically women, to develop yard gardens or patio gardens.  These are small-scale projects, where family members learn to grow a surprisingly wide variety of vegetables in small spaces.

The current iteration of the yard garden project enrolled 375 new families during the first quarter of the year, with support from the seed bank and training from the agronomy team. Some highlights below:

Songé (red hat) with formation participants in Kalabat. The packets they are holding include starter seeds for their gardens.[/caption] 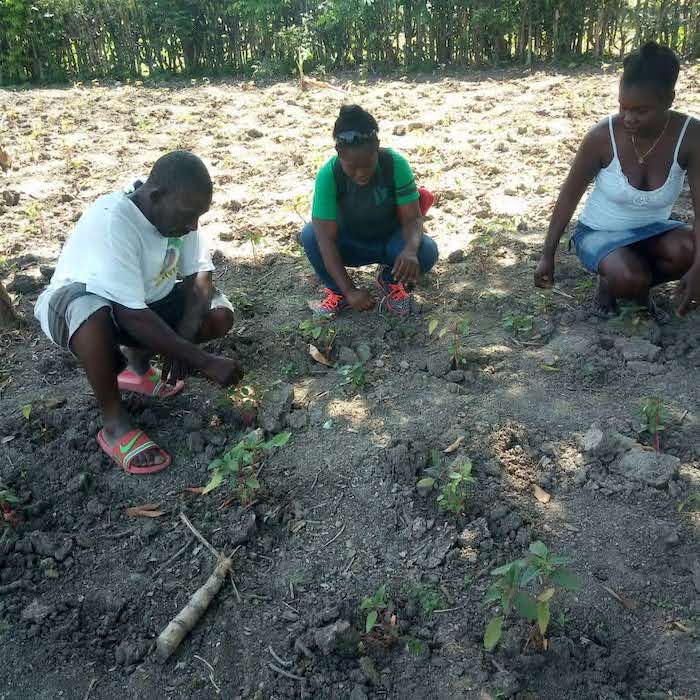 Songé (center) demonstrates a planting technique to use with drip irrigation in Ti Davi.[/caption]

A planter & her child in Ti Davi. They created their garden plots out of found materials[/caption] 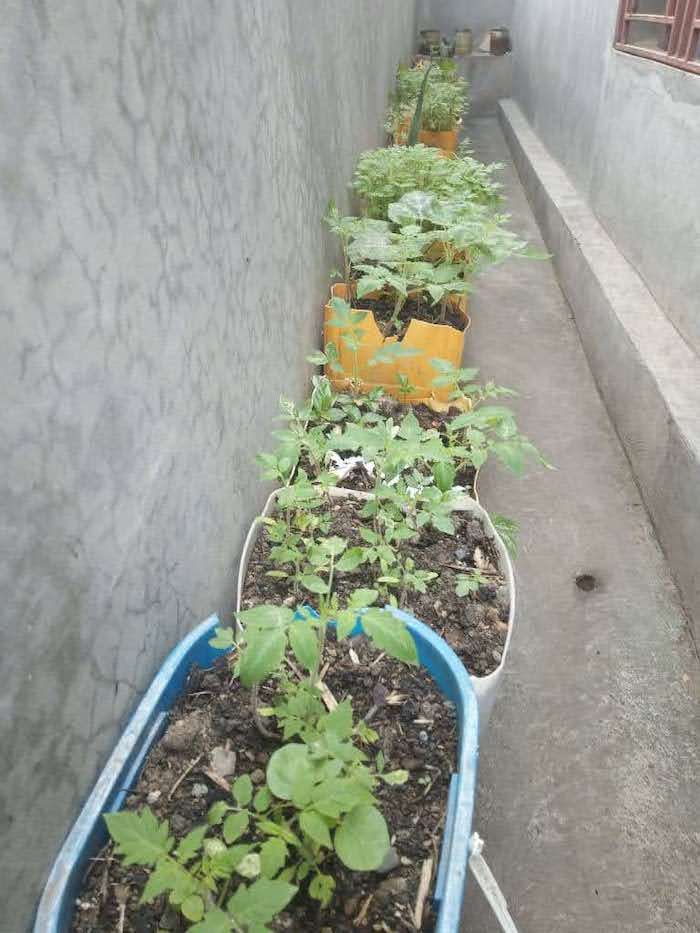 Yard gardens can be placed anywhere, even when people do not have actual land.[/caption]