Statement of CLAMOR on crisis in Southern Mexico 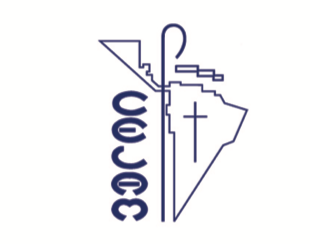 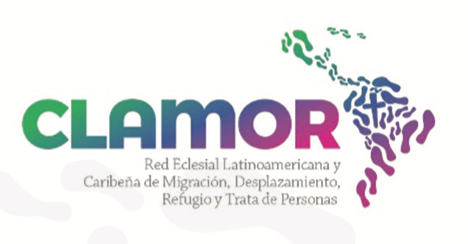 Constitutional President of the United Mexican

The Latin American and Caribbean Ecclesial Network on Migration, Shelter, Displacement and Trafficking (CLAMOR) of the Latin American Episcopal Council, which brings together more than 600 Catholic Church organizations in Latin America and the Caribbean, has seen in recent days the expansion of the operations of the National Migration Institute and the National Guard in the south of the Mexican Republic in order to contain migrants in the city of Tapachula, Chiapas.

We are aware of a profound migration crisis that is taking place on the southern border of the country, where hundreds of people from the northern countries of Central America, Cuba, Venezuela, and now a considerable number from Haiti, await a favorable resolution to their requests for refugee status, supplementary protection, or access to immigration regularization.

Overcrowding, the lack of hygiene measures, food, basic supplies, coupled with the slowness of resolutions from the National Institute of Migration and the Mexican Commission for Refugee Aid, place people in a situation of vulnerability, affecting the exercise of their fundamental rights.

Shelters, migrant houses, and soup kitchens for migrants are saturated and at the limit of their capacity; the efforts of local churches, parishes, and dioceses are being overwhelmed in the absence of a migration policy in accordance with human rights standards, strategic planning, and the scarce or non-existent resources of the Federal Government.

We strongly regret and reject the repressive, violent, and restrictive measures to contain migration on the southern border, particularly in Tapachula. These measures have been implemented on previous occasions with net negative results. For that reason, we call for alternative solutions that go beyond the short-term vision, prioritizing dialogue with migrants and civil society organizations in such a way that they can articulate responses that correspond to their needs and guarantee their human rights.

We see in the recent events at the southern border – the containment of migrants and summary deportations - measures related to the policy of externalization of the border promoted by the United States. The political decisions of both governments affect both the local population and migrants, who are left at an impasse. We are concerned that the only option for regularization of immigration status in Mexico is the application for refugee status and that free passage through the National Territory will be prevented for those who already have a favorable ruling of their legal status in Mexico.

For all of the above, we urge the competent authorities, principally the Ministry of Foreign Affairs, the National Institute of Migration and the Mexican Commission for Refugee Assistance, to carry out concrete actions to attend to people in the context of mobility, respecting due process and, in this way, avoiding and preventing human rights violations.

Finally, we demand that authorities at all levels respect Article 11 of the Constitution, which enshrines free passage, so that, for those who already have a legal status in Mexico, they are allowed the right to passage through the country in search of options for residence and employment that allow them to live with dignity and access to basic services.

We urge the Mexican government, faithful to its history as a people originating from many migrants, to grant clear signs of hospitality and welcome, and based on the powers granted to it by law, to establish new alternatives to regularization that allow the migrant population to have access to the human rights to which they are entitled by virtue of their dignity as persons, and in this way, contribute their richness of character to their host communities.

This crisis is at the same time an opportunity for the Mexican government to demonstrate regional leadership by responding to the challenge with respect and the guarantee of human rights. Enough with repression, the use of violence, and excessive abuse of authority; these are not just migrants, but also human beings who need an opportunity to live with dignity.

We invite the Mexican government, before repressing and containing migrants, to address the root causes that cause thousands of Mexicans to continue to live through the tragedy of displacement and to face migration in order to seek security and the conditions necessary for life in another territory, which they cannot find in their own country.

As the Church in Latin America and the Caribbean, we feel deeply committed to the welcoming, protection, promotion, and integration of migrant peoples, and we reiterate our commitment to the defense and protection of their human rights. At the same time, we are ready to collaborate with the authorities in order to find humanitarian aid mechanisms coordinated toward solving this profound crisis that is taking place on the Southern border of Mexico.

+ Guido Charboneau
Bishop of Choluteca, Head of the CLAMOR Network in Central America

[Link to original in Spanish]