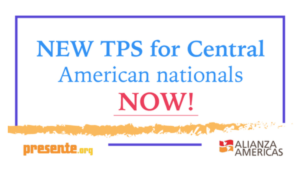 The biggest news we have shared in recent weeks is the redesignation of Haiti to receive Temporary Protected Status. This happened on May 22, and impacts people from Haiti who were in the United States on or before May 21. People who qualify for TPS are allowed to stay and work in the United States until it is decided that it is safe for them to return to Haiti. The program is reviewed every 18 months.

Of course, as with all policy, getting agreement to do something is only half the battle. Getting it done correctly and quickly requires a certain amount of vigilance as well. The Quixote Center joined in with 130 organizations on this letter to the administration asking for TPS to be handled quickly and as inclusively as possible. Please feel free to share among your networks.

Meanwhile, the campaign to get TPS extended to Central America continues. Nicaragua was one of several countries for whom the Trump administration sought to cancel its TPS designation. The administration was ultimately successful in the case that impacted Nicaragua’s TPS designation (there were several court challenges to Trump’s effort to cancel TPS). So, at the moment, Nicaraguans that have been approved for TPS are still able to stay and work in the United States, but absent a renewal, or redesignation, their protected status will end in October of 2021.

Alianza Americas is leading a coalition effort to get a new TPS designation for countries in Central America impacted by hurricanes Eta and Iota, which hit the region within two weeks of each other in November, as well as ongoing violence. The call is for redesignation for Honduras, Nicaragua and El Salvador, and designation for Guatemala (which has not received TPS before).

There is a week of action under way. You can check Alianza Americas and Presente.org’s toolkit for social media posts and other ideas, and to sign their petition here.

The Biden Administration formally ends the “Remain in Mexico” program

Of the many things the Trump administration did to gut the United States’ asylum system, one of the better known, and often brutal, tactics was the Orwellian named “Migrant Protection Protocol.” Under the provisions of this program people seeking asylum at the U.S./Mexico border were made to wait on the Mexico side of the border for a hearing with U.S. immigration judges. People were forced to wait for months, and ultimately years once hearings were suspended due to COVID-19 restrictions last March. MPP ultimately directly impacted over 71,000 people.

People waiting in Mexico were frequently victims of cartel violence and kidnappings. Human Rights First documented 1,500+ cases of people enrolled in MPP who were attacked while in Mexico.

When the Biden administration came into office, they immediately halted new enrollments into MPP. At the time, new enrollments were fairly limited because most asylum seekers were (and still are) removed under a different program, the public health order currently keeping the border locked down to asylum seekers: Title 42. The January suspension did signal the beginning of Biden’s DHS clearing MPP cases - or, allowing those still waiting in Mexico a chance to register and enter the U.S. to await asylum hearings here.

On June 1, 2021, DHS Secretary Mayorkas announced the formal closure of the Migrant Protection Protocol, ending one (of many) of Trump’s border debacles.

With MPP formally closed, it seems that Biden should now begin the process of winding down Title 42 expulsions.

Detentions going up, and up

With the end of the Migrant Protection Protocol, and a lower percentage of people being expelled under Title 42 (though still huge numbers overall), the number of people in detention is going up rapidly. While Biden entered office with a commitment to minimize the use of detention, the U.S. immigration system is sadly designed as an inherently punitive system, and detention has been its centerpiece since the early 1980s. So more people are being admitted, but many of them are being placed in detention while being processed.

Because of Title 42 expulsions, and a modest slowdown in internal enforcement operations in the spring of last year, the number of people held in immigrant detention facilities fell to an all time low by the end of January in 2021 - less than 13,000 for the first time in over 20 years.

As of May 28, 2021 that number is up to 23,107  As outlined by TRAC, the increase is almost entirely the result of people being redirected to ICE detention by Border Patrol.

The Quixote Center and Franciscan Network on Migration: "Delegation and Witness at Mexico’s southern border" 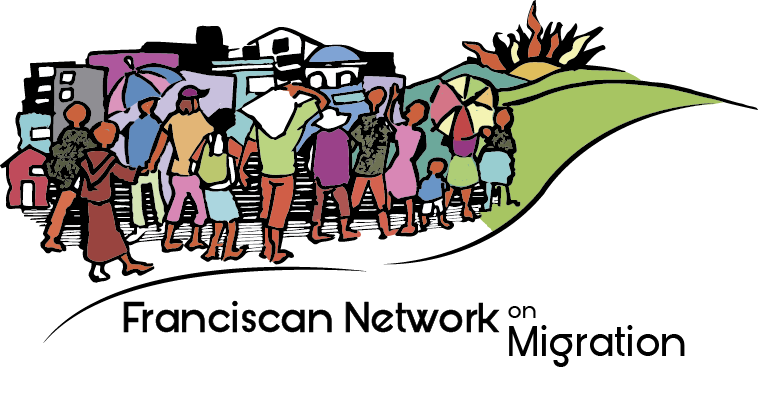 Join the Quixote Center and the Franciscan Network on Migration on a delegation to southern Mexico to examine the impact of U.S. policy on Mexico’s immigration enforcement on its southern border. The Franciscan Network on Migration connects the work of migrant shelters run by Franciscans in Central America and Mexico. The Quixote Center is a member of the network, and also works with community groups in Nicaragua and Haiti.

The focus of the delegation: Under pressure from the United States, Mexico has cracked down on migration along its southern border with Guatemala: The result is an expansion of security forces patrolling in border states, changes to visa rules, increased us of detention, and since March 2021, the closure of the border with Guatemala to all but “essential” travel. These pressures have come from both Trump and the Biden administration, and have been further complicated by COVID-19 travel restrictions.

Join us, as we visit the border to see first hand the impact of these policies, and to meet with immigration rights advocates providing shelter and other relief to migrants crossing into Mexico in this new environment.

The delegation will begin in Tenosique, Tabasco. We will spend a couple of days with people at migrant shelter, La72. We will also meet with UN refugee offices in the area, and if travel restrictions have been lifted, we will visit shelters just across the border in Ceibo, Guatemala. We will also visit shelters in Salto de Agua and Palenque, both in Chiapas.

How to get involved

The cost of the trip is $995 and includes meals, hotel, all in-country transportation, and translation. The cost of international travel is not included. Delegates must arrive at the airport in Mexico City on Sunday, September 19th. From there we will travel together to Villahermosa, Tabasco (the cost of the connecting domestic flight from Mexico City to Villahermosa is included in the delegation fee).

You can apply to participate on the delegation here. A deposit of $250 is required by July 1, with balance due August 15.

We require that everyone participating on this delegation provide proof of COVID-19 vaccination.