In Memory of Unfinished Journeys

November 1st and 2nd marked Día de muertos in México; however, México is not the only country to celebrate the tradition of honoring the dead this week.

Other Latin American cultures celebrate Día de los difuntos. In Nicaragua and throughout Central America, families visit the graves of their loved ones, cleaning their tombs, leaving flowers and floral wreaths, and celebrating their lives with food and music. The global Catholic Church and other Christians remember and honor the dead every year on All Souls Day, November 2.

This year, our partners at the La 72 shelter created a special ofrenda, or altar, in memory of the migrants that have died before they could complete their journey. 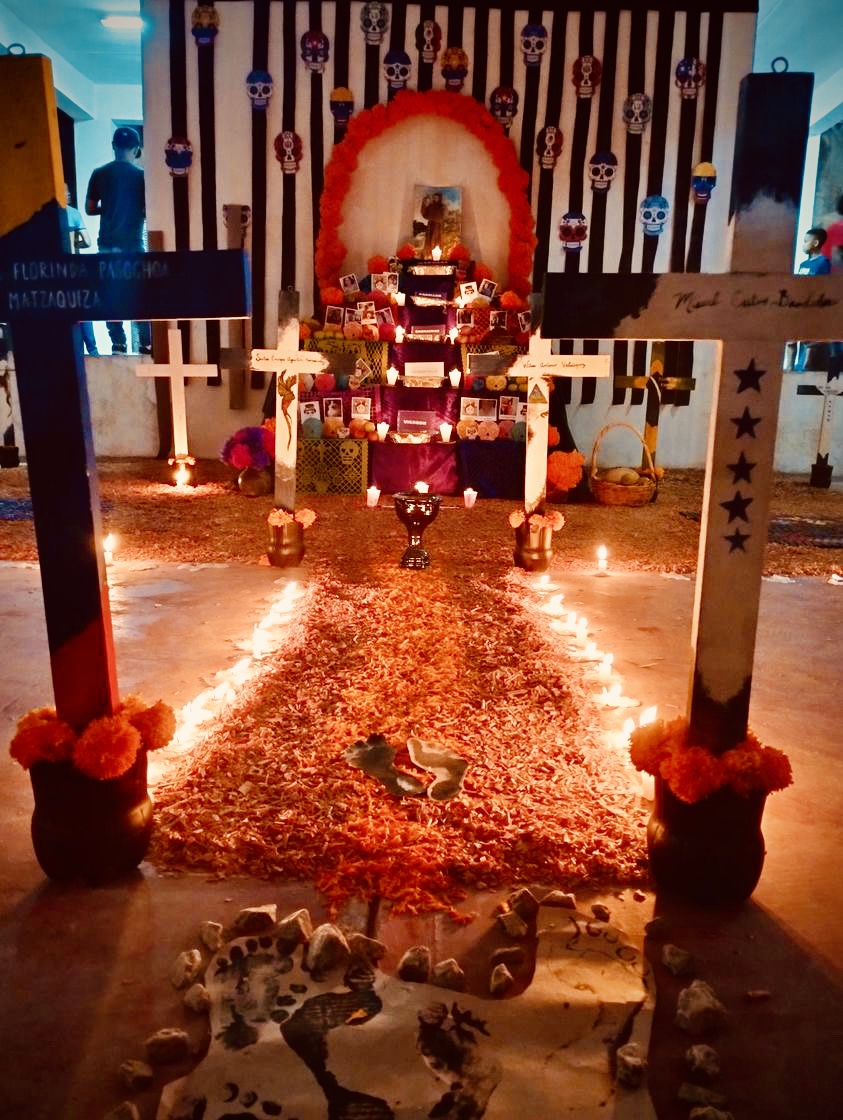 The ofrenda held the photos and flags of the deceased and featured foods not commonly seen on a Mexican ofrenda, such as Venezuelan pabellón criollo or Nicaraguan vigorón.

2022 has been the deadliest year for migrants attempting to cross the U.S.-Mexico border, with at least 853 recorded deaths. At least 18 deaths have been recorded in the Darién gap, a dangerous stretch of dense rainforest between Panamá and Colombia.

The actual number of migrant deaths in both places is likely much, much higher, given the hostility of the rainforest and rapid decomposition in the desert.

The journey to the United States is dangerous by design. In 1994, Clinton’s Operation Gatekeeper implemented a "prevention through deterrence" strategy by closing off traditional crossing points, thus forcing migrants into more remote, and lethal, territory.

In Latin America, the United States has pressured nations to restrict their visas to certain countries. For example, in January, Mexico imposed visa restrictions on Venezuelans, a move the United States likely pushed to prevent Venezuelans from arriving at the U.S. border. But this simply forced people to travel by land, requiring them to cross the Darién on foot.

This week, we hold space for the people that died while searching for a better life, for safety, for a dream that will now be forever unfulfilled. We honor their memory by never relenting in the face of cruel and deadly immigration policies. Our country can do better, and we must continue to fight.