Haitian civil society leaders testified that the Henry government has no constitutional mandate, and little legitimacy within Haiti. The Biden administration should stop giving Henry unconditional support. An agreement on a democratic transition can only happen if the Biden administration “takes its hands off the scale.”

Further recommendations included taking more determined steps to stop the illicit sales of weapons from the United States to Haiti, and considering targeted sanctions against people who are supporting the gangs. In Vélina Charlier’s written statement she says,

It is necessary to put things in perspective and establish responsibilities. The international interference has done a lot of damage to the country as well. Haitian people are tired of this interference and are asking for a change in the international policy towards Haiti. We want to move from the stage of assistance to an active international cooperation where Haitians become the real actors who define and implement the major projects for the development of their country.

The full hearing can be watched below.

Haiti at the Crossroads: Civil Society Responses for a Haitian-led Solution

During the question and answer, Vélina Charlier also made a clear statement that Congress should oppose any kind of military intervention.

The Quixote Center issued a statement opposing military intervention in Haiti last month, which we have translated to Haitian Kreyole. The original statement is here. The translation is available here.

If you are in the Washington, D.C. metro area, join a large coalition of groups for a demonstration at the White House on Sunday, October 9, 2022. We will meet at 16th and H and march to the White House, demanding that Biden stop propping up a lawless and corrupt government. You can endorse the march here. 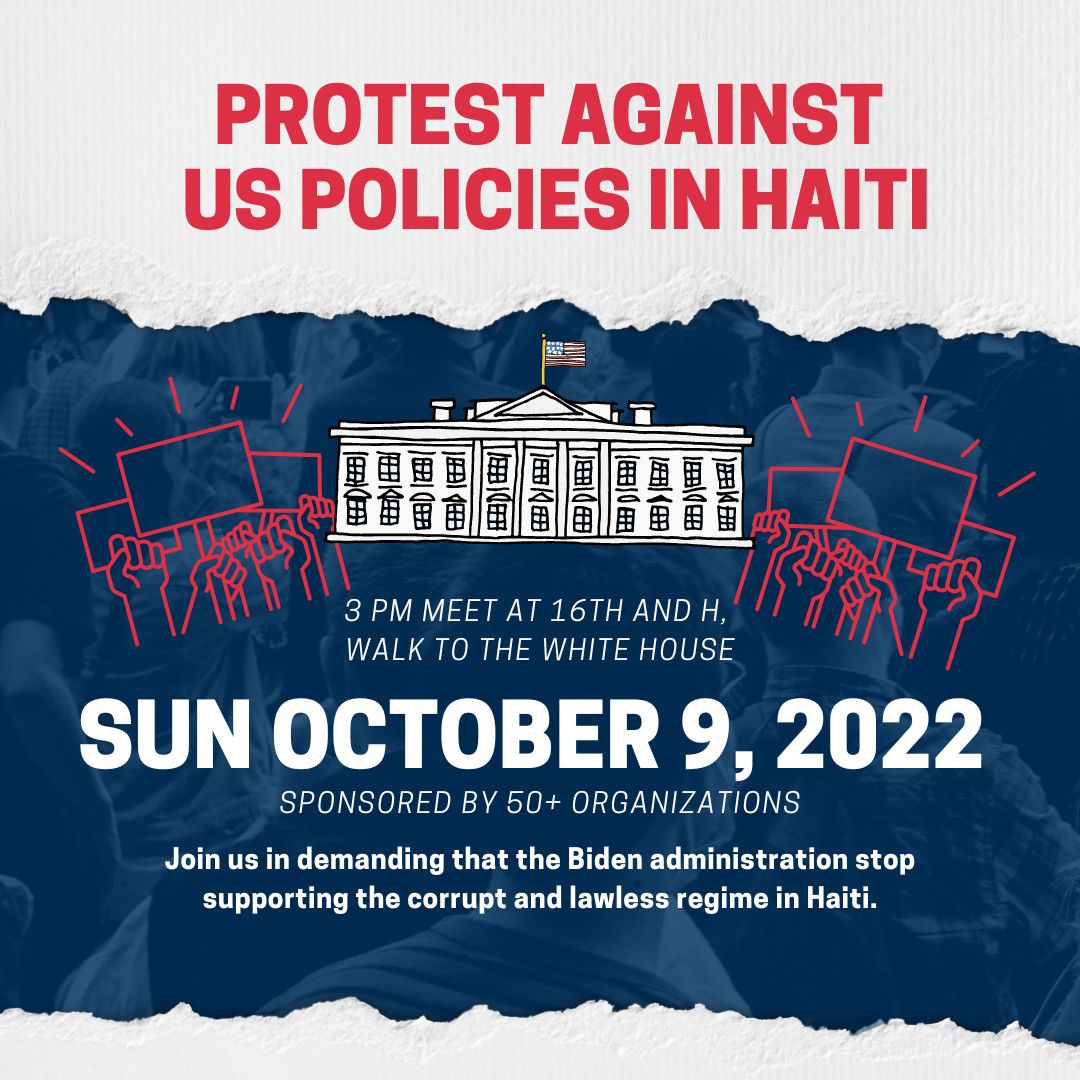