Eleven women merchants died after the truck they were in toppled while attempting to ford the Trois Rivieres just outside of Gros Morne, Haiti on the evening of November 4, 2022. Nine women died in the accident; 2 more have died in the days since.

The truck transporting the women was a container truck. The women were seated inside the holding area with their goods. When the truck toppled, it landed on the side with the only available doorway; the rear entrance was locked. The women had no way to get out. Most drowned at the scene. Others were crushed by the produce they were transporting. Two women who survived the original ordeal, later died from their injuries.

People in the area have been warning local officials for five years that water was eroding the footings on the road and bridge. A section of the bridge collapsed during heavy rains in March this year. The section remains unrepaired. As a result of the existing damage, the driver of the container truck could only attempt to ford the river. The driver was unfamiliar with the road, and as evening set in, visibility decreased. The driver misjudged the passage, and the truck tipped over, trapping the women inside.

Members of the community are now hoping that this tragedy will lead officials to recognize that the road and bridge must be repaired. The road is part of a major transportation route connecting the northern Haitian cities of Cap Haitian and Port de Paix to Gonaives, and then Port-au-Prince to the south. Not fixing the road guarantees another tragedy. 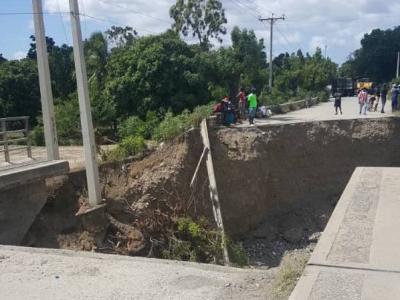 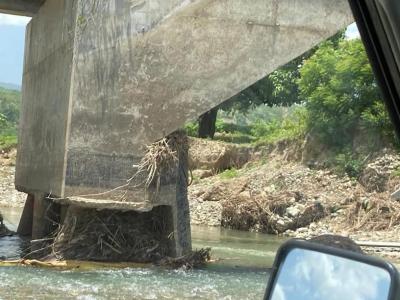 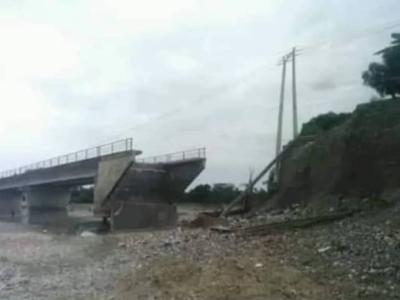 The tragedy on the Trois Rivieres crossing is another sad reminder of the consequence of a lack of effective governance. There are no elected mayors in Haiti. There is no functioning national legislative body. Some government agencies continue to operate under the current interim government, but are understaffed and under-resourced. To whom does the community turn for justice for the women killed in this accident? To whom do they lobby to fix the road? If they get a hearing from local officials, where will the money come from the pay for repairs?

Makon, a federation of local organizations, is calling on the United States Agency for International Development to hold a public hearing mandated by the Global Fragility Act. Makon and its partners hope that money can be found to finally fix the bridge.

A French company built the current bridge over the Trois Rivieres. The firm was paid out of a loan from the International Development Agency of the World Bank Group. The bridge was originally completed in 1982 for a cost of US$1,067,319, but required repairs before the government approved its use. The bridge became operational in 1983.