In 2014, the Quixote Center launched the “Homes of Hope” initiative in partnership with the Institute of John XXIII in Nicaragua. Since that time, we have delivered over $1 million to capitalize housing projects in Nicaragua and the campaign has raised nearly $1.6 million overall.

The Community Housing Program works with low-income families. Families are organized into housing cooperatives, typically with construction on larger plots of land serving multiple families. Quixote Center funds are used to cover construction costs. Repayment is based on concessional rates, and the money flows into a revolving loan fund that is used to cover costs of future housing projects.

To date 41 houses have been completed as part of the Community Housing Program: (20 in Leon, 21 in Sebeco) with another 12 nearly complete in San Marcos. Work on an additional 19 homes is underway and there are already plans for more in the pipeline.

The Family Housing Program works with middle-income families, a group often left out of local credit markets. This portion of the program is coordinated with a private bank (Banpro). Quixote Center contributions are used to secure mortgages: at least 20% of the value of homes is deposited with the bank. Banpro pays the full value of the housing construction, including indirect costs and administration up-front. As security for the mortgages is freed up with repayment, it also flows into the revolving loan fund.

To date, 53 houses have been built as part of the Family Housing Program. In 2018, however, this portion of the program has been in stasis, as banks in Nicaragua have ceased all mortgage lending, as a result of the economic crisis.

The Community Housing Program in San Marcos (Department of Carazo) is organized with the Cooperative “Fuentes de Agua Viva.” With support from the municipality, the cooperative secured 1 manzana (1.7 acres) of land which will eventually include 20 houses. The first phase of construction for 12 houses is nearly complete. 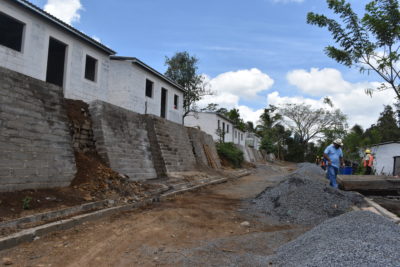 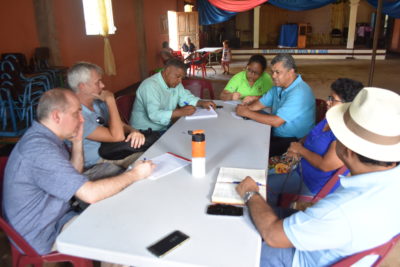 The Community Housing Program in San Dionisio (Department of Matagalpa) is being coordinated with the mayor’s office. The municipality was able to secure a large plot of land with support through the national government’s land initiative. The site will eventually hold 40 houses but the first phase includes plans for 12 homes. At the time of our visit, the entry to the property had been complete, with a communal space to house celebrations and a regular market for local producers. The rest of the site has yet to be cleared. In meeting with the mayor’s office, Institute staff discussed the path of the road through the property, and reached agreement on a modest re-routing. Clearing activities for the rest of the property will begin soon. 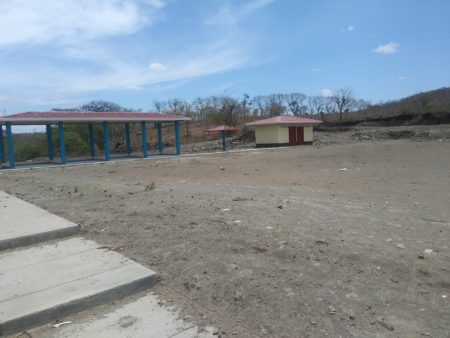 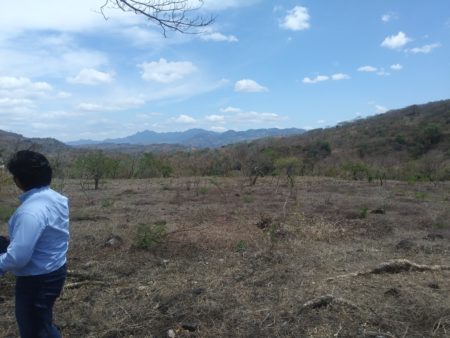 In Terrabona (Department of Matagalpa), the municipality has offered participation in the housing initiative to teachers as a benefit for their work. The Institute is coordinating construction of 7 homes for this program. During our time in Terrabona, the Institute began discussions with the mayor’s office about an additional site for a Community Housing Program that will hold 26 houses. As in San Dionisio, the property in Terabono was purchased by the mayor’s office with support from the national government. The mayor’s office is offering the land for sale at concessionary rates to families without permanent housing; repaid funds will then go to purchase additional land for future housing.

THANK YOU FOR THIS. IT IS MARVELOUS TO SEE SUCH GOOD WORKS TAKING PLACE. BRAVO!