Haiti is experiencing a third wave of COVID-19 infections, and it is quickly emerging as possibly the worst one. Infections were initially concentrated in the north and in Port-au-Prince, but are quickly emerging everywhere. Near our program site in Gros Morne, there are cases at the local hospital, though for now, still manageable. A long overdue shipment of masks from Germany arrived - just as infections were increasing. However, in Port-au-Prince resources are strained. For example, at St. Luke’s hospital, they have run out of beds, and are having difficulty securing oxygen as prices for tanks have increased with the spike in demand. 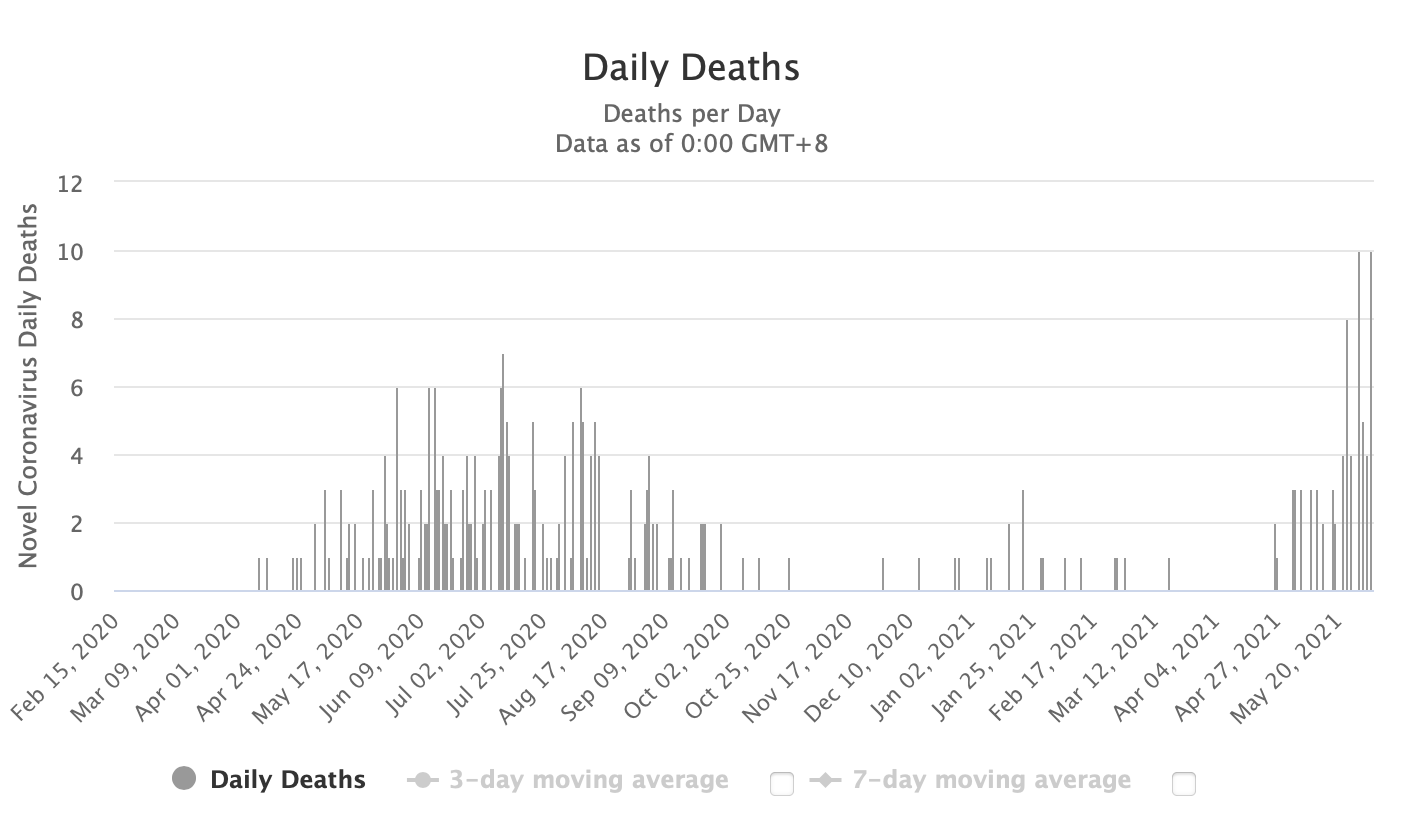 Graduation ceremonies for the schools have been suspended and exams delayed, though classes themselves have not yet been halted. This could change, or course, but clearly there is a strong desire to finish the school year, already truncated by COVID-19, political protests and security concerns.

We continue to monitor the situation in Gros Morne, but we are not a medical non-profit. For those wishing to provide direct support for medical response to COVID-19 we encourage you to look into St. Luke's, which has an historic relationship with the hospital in Gros Morne.  Our own work in Gros Morne in support of ecological programs continues, of course, and we are also part of a team with the Haiti Response Coalition that monitors and reports on the political crisis. Your support for that work is also quite welcome.

Referendum on the Constitution

Meanwhile, preparations for a constitutional referendum - itself likely unconstitutional - continue. Despite widespread opposition to the referendum within Haiti, and multiple statements of concern from without, the referendum is set for June 27 barring a delay over COVID-19. Jake Johnston from the Center for Economic Policy Research wrote an excellent new piece for the CEPR blog dissecting the role of the “international community” which is implicitly supporting the referendum, despite public statements to the contrary. Jake writes,

The international community has remained largely silent on the question of the referendum. The Core Group, which consists of the US, Canada, Brazil, France, the EU, the UN, and the OAS, among others, issued a statement in April noting that the process was not sufficiently transparent or inclusive. Nevertheless, international actors have refrained from explicitly calling for its cancellation or even its delay. Further, both the UN and the OAS are actively providing support for the referendum, despite their public statements of concern.

These two multilateral organizations have provided technical assistance to the commission tasked with drafting the new text since it was formed last fall. The OAS even helped with revisions to the text in an attempt to remove some of the more controversial aspects in the original. The UN, meanwhile, has helped to procure sensitive voting materials for the electoral council overseeing the referendum and has an agreement in place to provide logistics for holding the vote. The UN is also helping to advise the national police on an electoral security strategy.

Constitutional changes and upcoming elections are obviously closely tied together. For example, proposed constitutional changes would eliminate the senate and thus, change the parameters of the elections completely. So, in addition to the controversy over the referendum itself, there is widespread confusion about what it means for long overdue national elections now scheduled for November.

In the lead up to the referendum, opposition politicians are mobilizing - or encouraging others to mobilize - in an effort to block the vote. For example, Jean Danton Léger, a former member of Parliament, representing Léogâne, called on “all citizens to mobilize to thwart the organization of this referendum, which, he said, was aimed not only at building a presidential monarch, untouchable with permanent immunity and not accountable….but also to institutionalize impunity, legalize gangsterism, and deliver the country entirely to neo-settlers.” 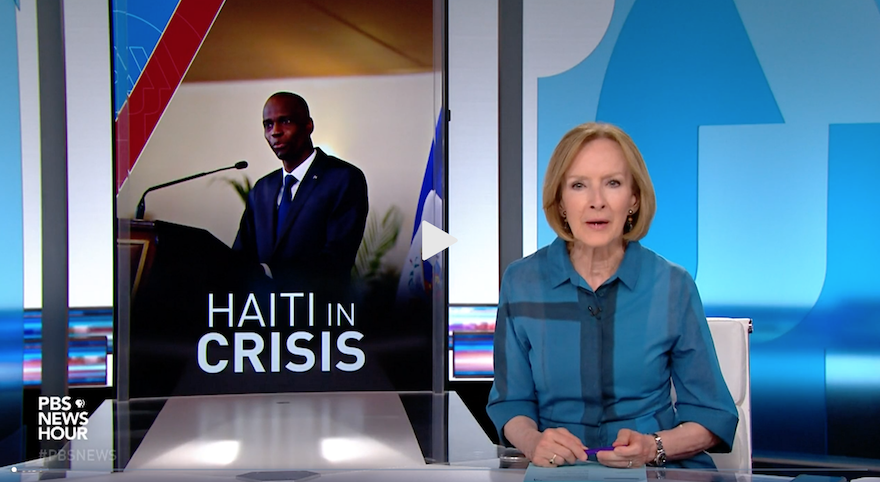 The PBS NewsHour did a program on Haiti which provides a good overview of many of the current concerns regarding elections and the referendum. Though they give a few moments to current U.S. policy, the one weakness here and in much Haiti coverage, is the lack of attention given to historic U.S. responsibility, including efforts by the Obama administration that led to Moise and his predecessor, Michel Martelly, being in power to begin with. That said, it is still worth watching, as Haiti rarely gets this kind of coverage. You can watch the program here.

Elections and the OAS

Finally, the Organization of American States is organizing an official delegation to Haiti. The Permanent Council approved the delegation last week. From the Miami Herald:

The Organization of American States agreed Wednesday to send a five-member delegation to Haiti no later than mid-June to see if they can help the Caribbean nation break a crippling political impasse that could derail presidential and legislative elections this year.

The highly anticipated OAS mission will unfold over three days in Port-au-Prince, cost about $24,000 and consist of the representatives of five member states: Canada, Costa Rica, Ecuador, St. Vincent and the Grenadines and the United States. The U.S. has agreed to pick up most of the tab following the OAS Permanent Council’s unanimous offer in March to the Haitian government to help facilitate a political dialogue.

According to Wednesday’s [May 26] resolution approved by the permanent representatives of the OAS after negotiations, delegation members will be participating in their own capacity but with the permission of their respective governments. They also will be joined by a representative of the general secretariat of the OAS on the trip. The mission will present a report with its conclusions and recommendations within two weeks of its return.

Given the deep polarization in Haiti, the idea of a delegation to offer mediation toward a more sustained dialogue sounds like a great idea. However, the concern is that the delegation could well end up parroting official U.S. policy [note the U.S. is paying for the delegation] which would simply reinforce Moise’s position, and the U.S. demand for elections in the fall. The delegation is not going to be discussing the referendum in any official capacity, though it is hard to see how it does not come up.

Thank you for this update on Haiti. It has once again become difficult to read unbiased news on Haiti.
Blessings on yout ministry
sister Yvette Bellerose, SSA