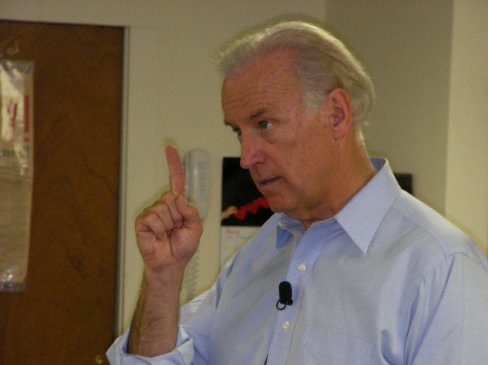 We’ll start with the bad news. Very bad news. Last Friday we reported that the administration had agreed to a suspension of removal flights to Haiti. They were suspended for one day (Friday), On Monday the flights began again, and have continued every day this week.

Neither, Biden’s team at Homeland Security or at the Domestic Policy Council have provided any kind of convincing public answer about why they are continuing the flights to Haiti - just as they made no public commitment to the suspension to begin with. But where they have talked around it, the response is disingenuous at best.

The first suggestion is that they have no choice. Biden, they will say, attempted to launch a 100 day moratorium on deportation. It was announced on January 20th, implemented on January 22nd, and then blocked by a federal judge “in Texas” on January 26. The judge “paused our pause,” one Biden official explained on a policy call. There are two problems with this answer. Firstly, most of the people being removed to Haiti are in fact being expelled under Title 42; the moratorium was never intended to cover Title 42 expulsions. Which means, 90% of the people being removed to Haiti right now, all other things being equal, would be removed anyway under the terms of the moratorium. We note that during the five days the moratorium was enacted, there were still removal flights everyday except Sunday - Title 42 removals and others not covered by the limited moratorium.

Secondly, the administration has indicated that it is working on “new protocols” at the border that will take a few weeks to prepare. Until then, anyone crossing the border will be expelled. The “we are working on it, and just need time” answer seems reasonable, but provides little actual substance. The Quixote Center was one of 100 organizations to sign a letter to Biden asking for the revocation of Title 42, for example. The response from the White House was not particularly promising:

On behalf of the team at the White House, thank you to you and your signers for this letter. From day one, the President has prioritized taking urgent action to begin to create a more humane and just immigration process, including an executive order announced yesterday which included directing the Secretary of Homeland Security to review the Migrant Protection Protocols.

These measures are only the beginning and demonstrate the President’s commitment to addressing this issue in full. It is important to underscore that the situation at the border will not transform overnight, due in large part to the damage done over the last four years.

Of course, if the various policy reviews do lead to significant change, this will be welcome. But Biden has not been very clear on his vision thus far, nor a timeline. This is contributing to a great deal of confusion at the border. To be clear, if there is a crisis it is largely of Trump’s making. But a good lesson for Biden to take from Trump’s time in office is that a lack of clarity makes things worse.

One final word on unclear messaging about these removals. From Amy Goodman to the New York Times, another line of argument is that ICE has gone rogue, and is continuing to deport families and kids in spite of new guidance from the Department of Homeland Security to change enforcement priorities. This version of events misreads the January 20th memorandum from DHS acting director Pekoske - the same memo that included the deportation memorandum. The shift in priorities, like the moratorium, has nothing to do with Title 42 removals. We keep emphasizing this, and will continue to beat this drum until the policy changes. Title 42 denies people all due process. They are simply expelled. Period.

In the end, these expulsions to Haiti are not the fault of a judge in Texas or a rogue immigration agency. Biden has the power to stop them by either revoking Title 42 completely for everybody, or using the discretion allowed under the CDC order for humanitarian relief to stop the flights to Haiti. He thus far is refusing to use that power.

So now, some good news!

Yesterday, Buzzfeed reporter Hamed Aleaziz released details on the Biden administration’s plan to wind down the Migration Protection Protocols. The details of the “plan” from Buzzfeed:

The Biden administration’s plan, which will start slowly at three ports of entry, targets those who were pushed into the Remain in Mexico program and still have active cases in US immigration courts, according to a draft of the plan obtained by BuzzFeed News. Those who qualify after registering online should not come to the border, but instead wait for instructions to start the entry process, a source with knowledge of the plan said.

As they prepare to enter the US, the immigrants will be kept in so-called staging areas in Mexico, where they will receive a medical screening and a COVID-19 test. Those who test positive for the disease will be forced to continue waiting in Mexico until they test negative.

US Customs and Border Protection officials will also assess the capacity to intake those allowed into the US on a daily basis. Officials believe they can process up to 300 people a day within the first few weeks at two of the ports of entry for the initial phase.

“This is an effort that has been months in the planning. I think it absolutely shows that the administration was serious about this commitment,” the source said.

The initial effort will prioritize people based on when their cases were open, but there will be some opportunities for those who are particularly vulnerable to be fast-tracked, the source added. The US government estimates that 25,000 people in the Remain in Mexico program are still awaiting their court hearings.

Department of Homeland Security officials will not allow in people whose US asylum cases were terminated or who already have deportation orders. People who do not follow the reentry plan will also be turned back, in some cases using a public health law that allows for US border officials to quickly turn back immigrants at the border. This week, the White House also warned that most immigrants will still be turned away at the border. (Emphasis added).

The Migration Protection Protocols had resulted in 60,000+ people being forced to wait in Mexico for an asylum hearing. Since April, due to COVID-19, hearings have been suspended. Even when they were happening, they were a bit of a disaster. Setting in motion a process to help people get through this process quickly is thus huge. The devil is, of course, in the details as they say. And while 25,000 may still be enrolled and waiting in Mexico under MPP, January was the fourth month in a row that more than 60,000 people were expelled under Title 42 - and it seems clear that is not ending anytime soon.

Another bit of good news is that the State Department formally suspended Asylum Cooperation Agreements with Honduras, Guatemala, and El Salvador. The Trump administration had negotiated these agreements in order to send asylum seekers back to one of these countries. The agreement with Guatemala was the only one operative when COVID-19 restrictions went into place. Hundreds of asylum seekers from El Salvador and Honduras were sent back to Guatemala to seek asylum in the first part of 2020 under that agreement.