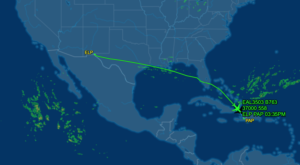 Twelve years ago today, a massive earthquake brought down buildings throughout the Port au Prince area, killing hundreds of thousands of people and displacing many more. As a result, January 12 is a national day of mourning in Haiti.

For the United States it is just another day to expel Haitian refugees - 443 Haitians were expelled today on three flights.

In September of this year, the Biden administration launched a massive removal campaign against Haitians. It is still going on. Many of those expelled in this time began their journey to seek a liveable life outside of Haiti in the months after that earthquake.

For context, it is important to be very clear about the following: People who are seeking asylum are not “illegal” immigrants, and under US law, we are obligated to screen their asylum claims, no matter how they enter the country.

That said, the right to seek asylum has been illegally limited under Trump-era “Title 42” enforcement measures enacted by an ill-conceived pronouncement from the Centers for Disease Control and Protection in March 2020. Under “Title 42” the CDC claims that migrants can be removed as quickly as possible, with no access to asylum processing outside of a narrow provision under the Convention Against Torture. In reality, CAT screening is widely denied as well.

For the most part, Haitians cannot simply be expelled at the border under Title 42. They must be flown out. This means detention in congregant settings, ground transportation and flights - all of which make a complete mockery of the “public health” justification for upending asylum processing.

Title 42 is thus an abrogation of international obligations concerning the treatment of refugees, and is, prima facie, a violation of US law. And yet, Biden persists, and regarding Haitians, does so in a way that greatly increases the risks to their health.

Based on numerous reports we know people are put on planes by Immigration and Customs Enforcement without being told they are being sent to Haiti. Adults are often shackled during flights.

On the ground in the United States, immigration authorities treat Haitians horrendously. Haitians are detained, denied attorneys, and mostly denied the chance to make a formal request for asylum. Though the Biden administration has made some exceptions for families, it is not a uniform policy. Nearly 20% of those removed since September are children.

The International Organization for Migration is supposed to provide $120 to Haitians on arrival for relocation assistance - but this assistance is not consistently granted. Returnees are then processed and shown the door at the airport. People who left Haiti a month, a year, or even a decade ago, find themselves pushed onto the streets of Port au Prince at a time when insecurity is about as bad as anybody can remember.

We think this is wrong. If you agree, please join us in sending a message to members of Congress, asking them to speak out against removals to Haiti, and to Biden, demanding an end to all Title 42 removals.

It saddens me we would treat anybody this way! We treat our animals better and have laws against there poor treatment. I can't travel to Haiti for mission work do the civil unrest, why would we send these people into a war zone?? We are the home of the Free& we need to open our arms to them.shame on Biden😔